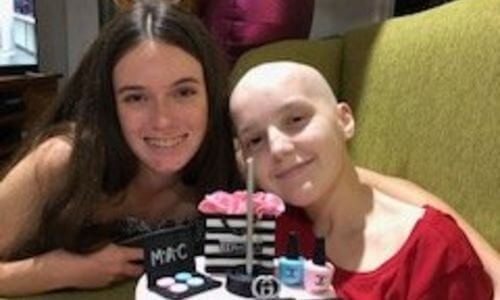 During global sarcoma awareness month we are running a series of stories to shine a spotlight on not just the cancer itself, but to highlight the remarkable individuals whose lives have been touched along the way.

I was contacted several months ago by a concerned mother and friend, Annette Supple, whose life had been deeply affected by sarcoma through her daughter Georgia’s best friend, Ashley Thomas, diagnosis with osteosarcoma at the age of 14.

Georgia had expressed to her mum she would like to cut her very long, beautiful hair to donate to a charity so it may be used to potentially lift a cancer patient’s spirits, and to raise money for sarcoma research in the process.

At 14 a cancer diagnosis represents the unthinkable. For the family and particularly and close friends of these young patients, growing up quickly is part of the process whilst providing support throughout diagnosis and treatment. For most 14 year olds, the biggest question of the day is what to wear? Yet Ashley and Georgia live amidst an unspeakably difficult process not many could ever begin to imagine. For this reason Georgia’s gesture was as unexpected as it was humbling.

Whilst Ashley is now fully recovered from surgery, Georgia will remain by her side to provide support and strength to her friend, throughout the months of chemotherapy which lie ahead.

Georgie Supple – In her own words…

When Ashley was diagnosed with osteosarcoma just after Christmas last year I felt helpless and confused. We had been friends since the day she was born, had all our first days of school together since preschool, and I was devastated to not be able to continue that tradition.

A few weeks into Ashley’s chemo, her hair started falling out, first a few strands, then small chunks, then what looked like a whole head of hair. It was hard to watch as she had always loved her hair and it was a part of her. My mum shaved Ashley’s head in hospital one Friday night. It was very hard for me to watch. I felt as though I needed to show her that losing her hair wouldn’t change who she was.

I considered shaving my head for a while, but then decided it would be best to cut off enough to donate to a wig making company. It will be made into a wig for someone, probably another child, who has lost their hair too. I looked around and found one where I could donate anywhere above 25 cm of hair. Through doing this I raised $350 and gave Ashley the confidence to feel beautiful even without her hair.

She is beautiful, she is my best friend, and she is a fighter. 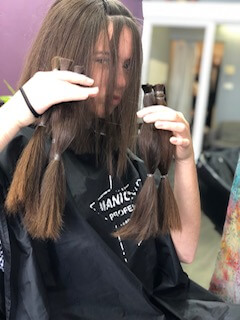 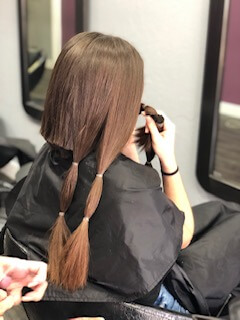 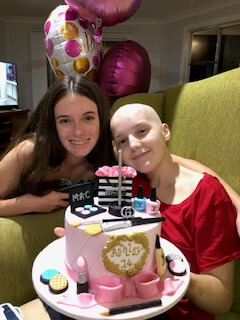 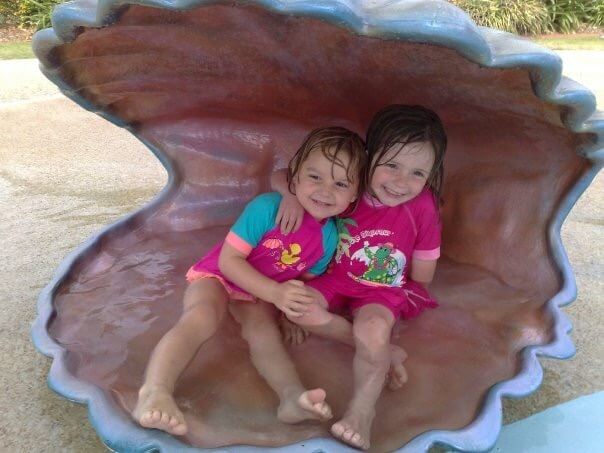 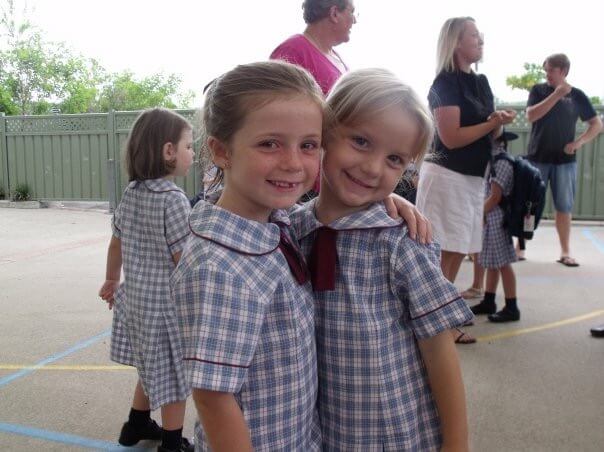 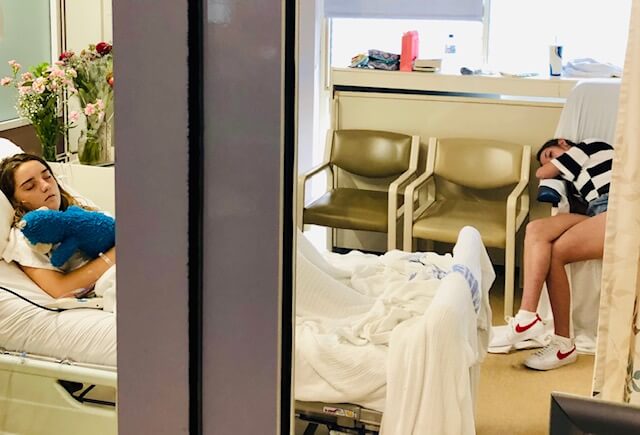