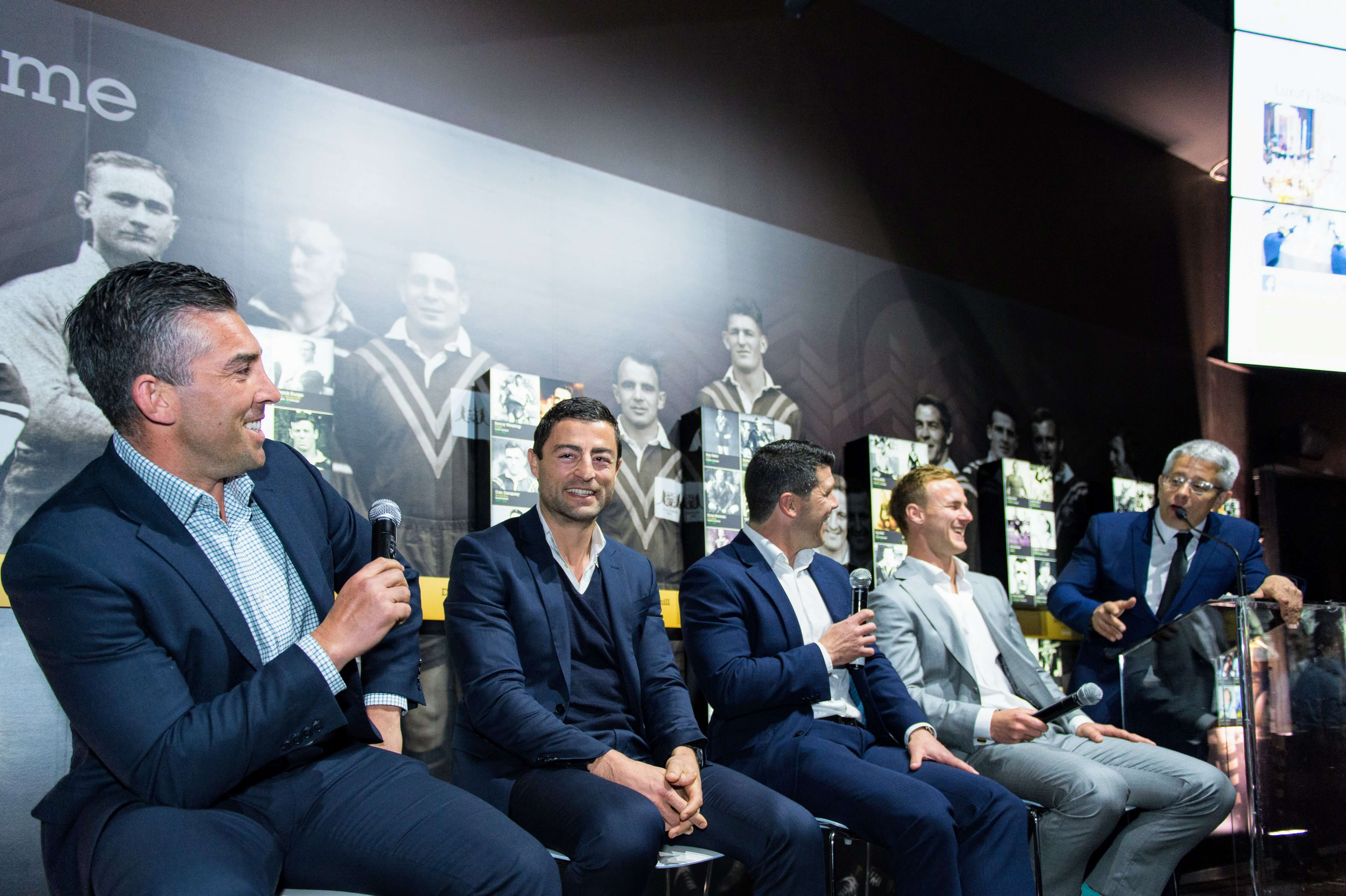 Those who know our family, know us as an AFL and rugby family, however those who truly knew Coop, also knew he was a passionate foundation supporter of the Melbourne Storm.

Cooper never wavered in his passion for the Storm, and loved nothing more than a spirited game of League – so long as his beloved Storm came out on top.

When the generous offer came from the NRL to host an intimate, invitation only Chairman’s dinner for 50 guests, it represented a superb opportunity to raise awareness and funding for sarcoma, whilst celebrating the game Cooper had come to love since he was a small boy.

After my first meeting at NRL HQ, I was simply in awe of the lengths all those I met, were willing to go to in order to assist CRBF in optimising this opportunity.

The can-do attitude filters from the top down at the NRL, and there is a culture which I found overwhelmingly refreshing.  Each person I dealt with was truly accommodating, helpful and understanding.  My requests were numerous, and I was never at any stage made to feel an annoyance, when each of these people were juggling the rigours of finals – their busiest and most intense time of the year.

Then there were the ‘Legends of League’.  One can be forgiven for feeling a little apprehensive when dealing with an illustrious group of sportsmen, who represented some of the best players this sport has produced.

The absence of the often- present sense of entitlement which can accompany sportsmen of this stature, was a breath of fresh air.  Wayne Pearce, Steve Roach, Steve Edge, Brad Fittler, Michael Ennis, Anthony Minichiello, Braith Anasta, and Daly Cherry-Evans dined and engaged with our guests, in an effortless manner.  Each volunteered their time, and their highly entertaining stories, and in doing so, thoroughly endeared themselves to those who spent time with them.  I suspect I will continue to field emails from our high profile corporate attendees for some time, extending their thanks to each of these legends of the game of rugby league.

It is of note, the media has been littered with less than flattering commentary and images relating to Rugby League over past months, and it is nigh on impossible to find a newspaper article, or television coverage, that does not focus on the negative.  As such, it is disappointing to note the media was unable to cover this event, and to broadcast the infinite positives rugby league brings to the community as a whole. This event was but one shining example of  eight outstanding legends of the sport, quietly, and without fanfare, willingly giving their time to raise money for a cancer that has by and large been forgotten, and statistically, is unlikely to ever affect them or their families.  There was no hidden agenda, but instead a willingness to place their ‘celebrity’ behind the cause.

Thanks to the generosity of the NRL and these outstanding legends of the game, we are today $33,000 closer to finding a cure for sarcoma,(and climbing daily), and in doing so, the sport of rugby league has provided untold hope for those young patients who walk this road behind Cooper.

Your kindness, and your willingness to shine the light on sarcoma will never be forgotten…

Paul Roos is a former Australian Rules footballer and senior coach, who played for both Fitzroy and Sydney during the 1980s and 1990s respectively.

As a player, Paul was rated as ‘The best footballer in Australia’ (Holmesby & Main, 2011) and was named at centre half back in Fitzroy’s Team of the Century. 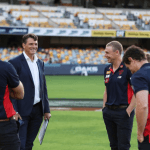 Paul was inducted into the Australian Football Hall of Fame in 2005, and was named in the prestigious All Australian  team seven times.

After his days as a player were over, Paul went on to become a highly successful coach, guiding the Sydney Swans to the 2005 premiership, their first in 72 seasons.  In 2013, Paul commenced his coaching tenure with the Melbourne Football Club and has been attributed with overseeing the Demon’s return to their glory days of the 60’s, culminating in their first finals appearance in twelve years this weekend.

Post AFL, Paul forged a highly successful career in the media together with his immense popularity on the public speaking circuit, represented by agent Nick Fordham from the Fordham Company.

For those who know him, Paul’s sporting prowess and media career, are but one part of the story.  Paul has always used his currency wisely. We remember fondly how often he would spend time with the kids at the school his boys attended in Sydney’s eastern suburbs, shooting hoops, playing handball, or simply stopping to chat to a myriad of young fans, many mornings at school drop off.  He always had time for the kids and more often than not, the odd star struck parent, all the while blissfully unaware of the effect he was having on those on the receiving end of his kindness.  He always made time for  those around him, despite his rigorous coaching schedule. 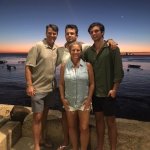 Paul spent many years, and countless hours of his time volunteering as a coach at Easts Bulldogs junior AFL club, changing the lives of the kids who dared to dream. His incredible sense of humour, candour and no nonsense approach endeared him to those he coached and their parents alike.  Further to this, throughout his illustrious football career at both the Fitzroy and Sydney Football clubs, he would hear of  families who had lost precious loved ones or fans  who were in need of light during the very dark passages of their lives, reaching out to them in an effort to make a difference, and remaining connected many years later.  These understated and highly meaningful gestures were never for the cameras.

In 2008, Paul was named ‘Father of the year ‘ in recognition of his ability to balance the needs of his family with the responsibilities of managing a high-profile sports team.  This was unsurprising to those who knew him, and understood his family was, and remains, the centre of his world.

The Roos family have been united as a team, for as long as we have known them, each doing their bit to make the lives of others so much better.  Their love and support of Cooper throughout his treatment and beyond, is something we will never forget, and will be etched in our hearts and our memories forever.

Paul joining us as an Ambassador for the Foundation that proudly bears Cooper’s name, is representative of ‘Team Roos’.

Paul, we thank you and ‘Team Roos’ for all you have done, and all you do for the Foundation.  Be assured your ‘little mate’ who incidentally did grow as tall as you, would be so proud to have you, and your family, lend your name to a cause he held so close to his heart. 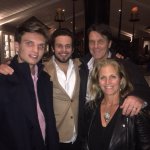