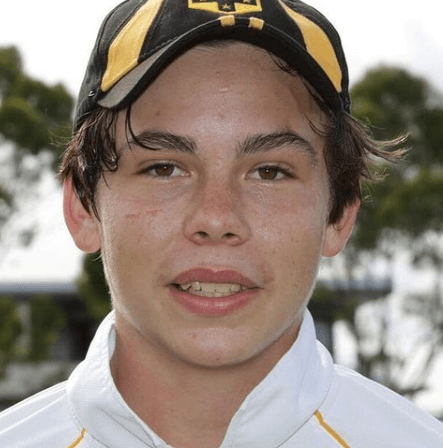 “I think we dream so we don’t have to be apart for so long. If we’re in each other’s dreams, we can be together all the time.”

We would ask you today to honour Cooper’s memory by simply doing something for someone else. It doesn’t need to be grand, but something meaningful to lift the spirits of those around us.

In these very unsettled times, so many are hurting, and a simple act of kindness can make a world of difference.

Coops showed us true strength in the face of adversity, and this made the world of difference to those around him, and continues to do so with the legacy he leaves behind. 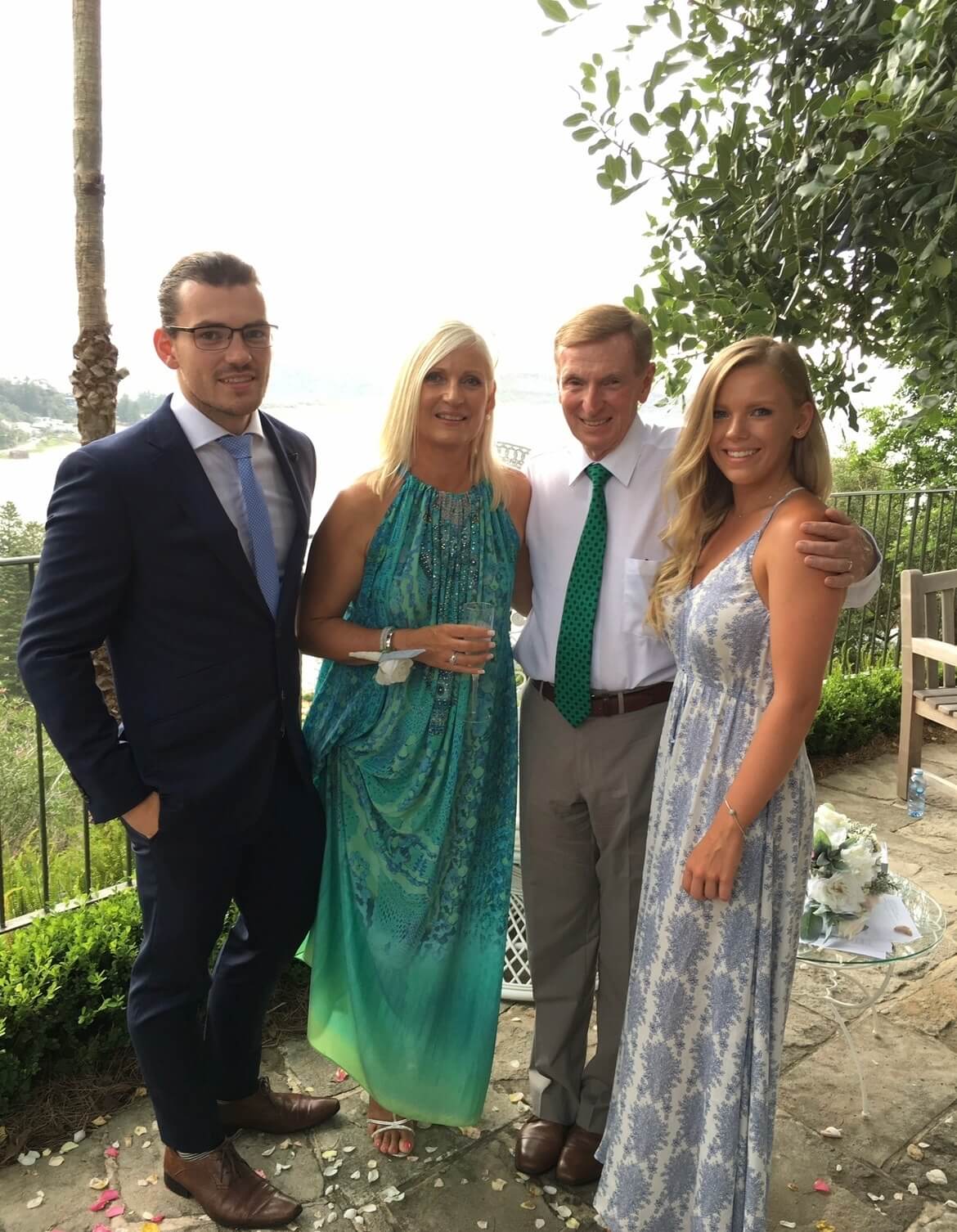 In 2019, a visit to Chris O’Brien Lifehouse Day Therapy to meet with a young patient changed my life.

It was the first time I had been to the hospital after Cooper’s passing in 2017.  Simply driving through the suburb of Camperdown where the hospital was located would leave me cold, much less the thought of walking through the doors.  This time however, there was no option left to me as a remarkable young man, Fergus McCulla had appeared on our radar, and he had asked me to drop in on him while undergoing treatment.

After sitting in the car in the carpark for what seemed to be an eternity, I finally found an inner strength to do what I was there to do.

Minutes later my anxiety was a world away.  Despite being in the throes of one of the most savage chemotherapy treatments, I will never forget Fergus’ warmth, his million-dollar smile, and his ability to somehow allay my anxieties, despite him having no idea how I was feeling or why?

That day I also met Fergus’ dad Dr Norman McCulla, gaining valuable insight into what can only be described as a uniquely remarkable family.

Fergus’ life had not been at all easy.  At seven he was diagnosed with a paediatric cancer Non Hodgkins Lymphoma, which he fought and survived.  In his late 20’s, Fergus had a successful professional life, was pursuing his musical talents, had bought a divine country property in Brooklyn, and life was truly taking shape, when the unthinkable happened.  Fergus was diagnosed with the very rare spindle cell rhabdomyosarcoma.

I left the hospital that day a changed person.  I learned to put my own anxieties aside, as the adversities in my life in comparison to the inspiring young man I had spent those hours with, paled into insignificance.

Over the time that passed after that initial meeting, I had the privilege of spending more time with Fergus, and to meet his extraordinary family, three devoted and loving individuals who had endured more than any family should in less than three decades.

I could not pretend to imagine the angst and heartache attached to a cancer diagnosis of a child aged seven, much less to face it all over again some 21 years later.  Fergus and his family were severely tested on so many occasions in his brief life, as a cancer diagnosis is only the beginning.  Treatment for sarcoma in particular, is as savage as the disease itself and leaves lasting mental and physical scarring for those involved.   Each time life served another curved ball, the family formed a ring of steel around Fergus, and simply got the job done.

Michael ‘Wippa’ Wipfli, who went on to form a special friendship with Fergus, his colleague Ryan ‘Fitzy’ Fitzgerald together with the team at Nova 96.9 heard of Fergus’ courage and the adversities he had faced for someone so young.  The team arranged a wonderful trip to New Zealand for Fergus and his family, to spend some very special time together in a place that held immense significance to Fergus, due to his love of the Lord of the Rings.  These were very special memories for each of the family and provided that strong sense of normal all sarcoma patients and their families yearn for so badly.

For Fergus invasive radiation, brutal chemotherapies, experimental treatments, surgery, unimaginable pain and discomfort, and a plethora of side effects dominated his life once more, from the October 2018 to 20 August 2021, when the sheer exhaustion of the battle consumed this courageous young man.

I cannot pretend to understand the gravity of what Fergus and his family have endured over two cancer diagnoses, and despite losing Cooper to this insidious cancer, I cannot pretend I know the depth of suffering the McCulla family are forced to confront daily, without their precious Fergus’ presence in their lives.

Positives during the course of a sarcoma journey can be few and far between.  For me however, the lasting positive came from the friendship that formed with Fergus and his exceptional family. I know that I am not alone as this is a family who resonated with all who entered their lives.

This special friendship is a lasting legacy of a very special young man, and something I will continue to treasure and hang on to very tightly during life’s challenging days ahead.

July 2021, saw the allocation of funding through the efforts of media heavyweight, Michael “Wippa” Wipfli in Celebrity Apprentice Australia, to the phosphoproteomic sarcoma specific trial, under the auspices of PRISM 2, Zero Children’s Cancer Programme. “Wippa’s” significant personal sacrifice throughout filming, and that of his young family, was on behalf of CRBF and sarcoma patients nationally.

The Wipfli Family Sarcoma Research Fund will be directed to the programme which will aim to conduct a high level tumour analysis on all sarcoma tissue samples with a view to discovering and matching personalised therapeutics not currently used for the treatment of sarcoma. Dr Emmy Fleuren will oversee this cutting edge research at the Children’s Cancer Institute of Australia, and enrolments will commence immediately.

To read more about this innovative research, please press the link below: 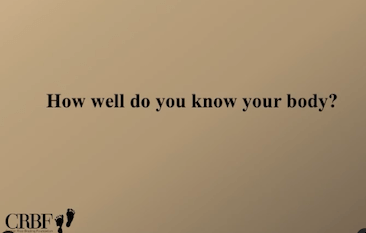 As the sun sets on Global Sarcoma Awareness Month, we would like to recognise the efforts of those working tirelessly to improve processes and outcomes for this cancer. Also, the State and Federal Governments for the significant funding that has been forthcoming for sarcoma research over the past months.

We would also like to acknowledge the tireless and ongoing work of sarcoma clinicians, researchers and medical professionals who form the multi disciplinary teams nationally.

It is an excellent opportunity to use this timely reminder of the importance of early diagnosis and symptoms that can be so easily overlooked. Please don’t ignore unexplained pain or lumps and bumps that do not go away.

See your health professional and have sarcoma ruled out. If you are not 100% content with the outcome from your initial consultation, you are within your rights to request a referral to a sarcoma specialist.

And for clinicians, please ask yourself: “Could this be a tumour?”

We thank all those who spread the word over the past month, and in doing so, potentially saved a life. 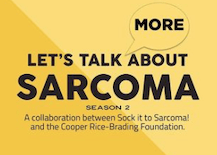 If you are one of the 2300 people who will be diagnosed with sarcoma in 2021, this podcast may help you understand the importance of the medical team that are assigned to you.

In Episode 2, we hear from Pathologist Daniel Wong, Sarcoma Nurse Consultant Jacky Woods, Associate Professor David Gyorki, eminent sarcoma surgeon and ANZSA Director, Clinical Psychologist Deb York, and @rarecancers Patient Care Coordinator, Christine Cockburn. Each use their wealth of experience in this area to provide insight into the importance of the Multi Disciplinary Team when undergoing treatment for sarcoma.

We thank each of these very busy professionals for their time and for sharing their knowledge in this podcast.   Special thanks to Cathrine Mahoney and Darcy Milne for once more providing their expertise and professionalism to produce this series, and in doing so, providing a useful resource to all sarcoma patients and their families.

Press the link below