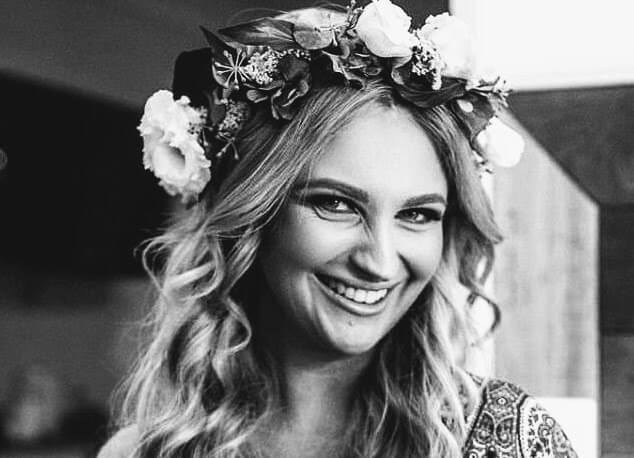 Two years ago, a remarkable young woman came into our lives at CRBF.  Mikaila Brisbane was 22 at the time.

Mikaila had a smile that could light up a room, breathtaking beauty, a genuine love of others less fortunate, and a zest for life that was contagious. This young woman was a mother of two adorable toddlers, and the love she had for her children, her husband and her wonderful family was something to behold.

From the outside looking in, this young woman was living the dream.  Married to her childhood sweetheart, two lively, healthy children, a family who adored her and the promise of a wonderful life ahead fulfilling a myriad of hopes and dreams.

Life however had other plans. Mikaila was diagnosed with Alveolar Soft Part Sarcoma (ASPS) in February 2017, after a lump was found while she was on the trip of a lifetime with her long time partner Harley, who proposed marriage.  Her life became a living hell over three years, which saw her stage a courageous, valiant, and public fight against the cancer that had taken over an otherwise perfect life.

Alveolar soft part sarcoma is rare. There are approximately twenty cases diagnosed in Australia each year.

Mikaila chose to be very public with her treatment, surgeries, and all processes associated with this cancer, in an effort to heighten awareness and to promote early diagnosis.  She also vowed to let those know who held positions of power, that this was not ok.  Most importantly, she wanted to prevent other young patients going through the devastation of a sarcoma diagnosis.

Throughout her three year battle with this insidious disease, Mikaila’s one constant were her family.  Her two precious children, Indie and Reef, her husband Harley, her devoted mum Lisa, her grandmother Anne, her brother Christopher, and her Dad Gary.

Reading through Mikaila’s social media posts provide a heart- wrenching insight into what it is like to be living with a terminal illness.  This is magnified when the young woman in question is still classified as an adolescent herself, has two children under the age of five, and has recently married her childhood sweetheart.

At 24 your life is just unfolding, and dark thoughts about separation from your children should be the last thing on any young mother’s mind.  For a stage 4 cancer patient – this is the stark reality.

Mikalia wrote – “Last night I woke around 1.30 am with an overwhelming amount of sadness, tears rolled down my face and my heart was aching.  I thought about the fact that no matter how much I fight and no matter how desperate I am to survive, chances are my life will be taken from me and I’m going to leave my babies…”

“To every mum and dad reading this I want you to know that every single moment whether it be watching your child sleep or picking your child up…or even a tantrum. Those moments we are all guilty of taking for granted – some parents are desperate to be able to do these things, and would do anything to have these moments…”

Today, her heartbroken family face their first day without their precious Mikaila, after her suffering came to an end on March 2, 2020.  The grief they feel today, and will do every day moving forward, is something that can never be fully articulated.  Another young life taken by this cancer, and another family left shattered in sarcoma’s wake.

Today the world is much poorer without you in it Mikaila.  You are truly unforgettable.

“I’m literally willing to try ANYTHING to give me more time on this beautiful earth 🌏 I want to live until I’m old and wrinkly giving cuddles to my grandchildren.

I’m so lucky to have such a supportive family, without these guys I would crumble.I’m so proud of my babies, they have been extra snuggly lately and it melts my heart, princess indie reminds me everyday that I’m the best mummy in the world, it’s hard not being able to do things, watching others doing what I wish I could be doing, I don’t want to be fading away, I want to be up chasing after them, dancing in the rain & making mud pies after a storm.”