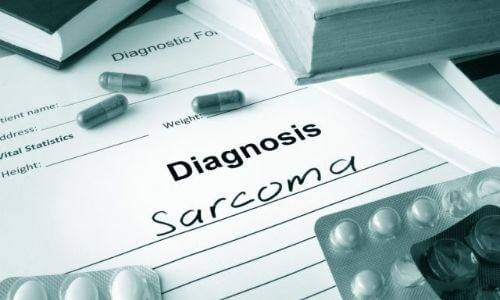 The Force of Cooper Rice-Brading: The Garvan Institute Research in Australia will include IL23 in Sarcoma Clinical Trial

Cooper Rice-Brading, a special Australian young man, battled a bone cancer till the end: in the process, he formed a vision that would go on to power the basis of an investigational drug trial to improve survival rates for this deadly form of cancer.  Before Cooper died from osteosarcoma he set up a foundation with the goal of improving treatments for this disease—which hadn’t changed in many years. Now with the help of Cooper’s family investigators will study whether IL23—used for psoriasis—can be repurposed for osteosarcoma.

When Cooper was in the hospital fighting for his life in Australia, the 18-year-old was extremely curious about why there were no new treatments. He asked his doctors’ many questions his dad Colin Brading noted.  Cooper passed due to the bone cancer, tragically, but his family set up a foundation to help search for a cure to the disease—it was what Cooper wanted. His life force lives on in his foundation which will persist from now onward to help others that were in his position.

Researchers at Garvan Institute of Medical Research uncovered that the immune molecule is key to the growth of the tumor and targeting it in studies successfully shrank cancer in mice reported 9 News in Australia. Immunotherapies targeting IL23 represent an important push in the fight against autoimmune diseases such as arthritis, inflammatory bowel disease, and the skin condition psoriasis.  Professor David Thomas with Garvan Cancer Research and Director of The Kinghorn Cancer Centre noted: “When we blocked IL23 or knocked it out in the mouse in this particular case, we stopped tumors from development.”

Planned Sarcoma Study Powered by the Spirit of Cooper Rice-Brading

The Cooper Rice-Brading foundation is helping to pay for clinical research along with the Garvan Institute of Medical Research to explore existing IL23 therapies for this form of bone cancer. Funds inbound will go towards clinical trials which will commence before the second half of 2020 reports 9 News. Professor Thomas noted, “We hope to treat up to 32 people with advanced, incurable sarcomas.”

For those that want to contribute to keeping Cooper’s vision alive, they can follow the link to the Cooper Rice-Brading Foundation and contribute so that we can be certain that this important clinical trial will occur.  Brading’s dad stated, “it is Cooper’s vision becoming a reality.” See the link for the donation page.

The Garvan Institute of Medical Research

Garvan Institute of Medical Research is a leading, multi-disciplinary biomedical research institute in Darlinghurst, Sydney. With some of the brightest minds and best technologies on the planet, they like to look at the big picture of health and disease.

They were founded in 1963 by the Sisters of Charity as a research department of St. Vincent’s Hospital. Now one of Australia’s largest medical research institutions with approximately 750 scientists, students and support staff.

Major focus areas for investigational research include cancer, diabetes, osteoporosis, Alzheimer’s disease, Parkinson’s disease as well as other autoimmune disorders and asthma. They specialize in genetic and molecular technologies and emphasize collaborative research.

In 2014 the institute became part of an elite group that has the ability to sequence the human genome at a base cost below $1,000 each ($1,000 genome) when it purchased the next generation of genome sequencing technology, capable of sequencing 350 genomes a week.