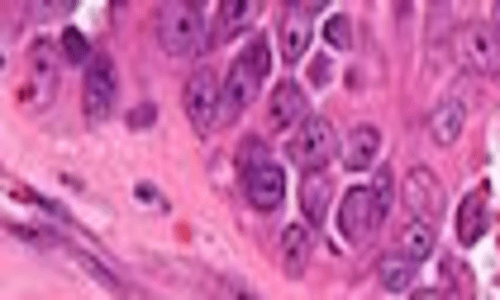 A percentage change in longest tumour diameter (LTD) of patients with localised high-risk soft tissue sarcoma (STS) who were treated with neoadjuvant chemotherapy was found to correlate with overall survival (OS), according to updated results from a phase 3 trial presented at the 2020 ASCO Virtual Scientific Program.1

Of the 325 patients who enrolled on the study and were determined to be evaluable for response, 181 received neoadjuvant chemotherapy; 92 of those patients received standard chemotherapy comprised of an Epirubicin and Ifosfamide, while 89 received histology-driven chemotherapy.2 The other 144 patients received concurrent chemoradiotherapy and were excluded from the analysis. RECIST data were available for a total of 176 patients, 90 of whom were in the standard arm and 86 of whom were in the investigational arm.

Results demonstrated a significant link between changes in LTD and OS rate in patients with STS. Specifically, the correlation between survival and response was observed in the overall patient population as well as within the standard and investigative cohorts. Patients in the overall population who experienced any amount of reduction in LTD (n = 101) were noted as having a better prognosis than those who experienced no changes (n = 28) or had an increase in LTD (n = 52). Percentage changes in LTD were also associated with OS within the standard (log-rank, P = .023) and the investigative arms (log-rank, P = .053), as well; however, different patterns were observed.

For the analysis, investigators set out to determine the prognostic relevance of percentage changes in LTD in patients with STS who were treated with neoadjuvant chemotherapy. In the trial, patients with localised high-risk STS, either of the extremities or the trunk walls, and who had been diagnosed with myxoid liposarcoma, leiomyosarcoma, synovial sarcoma, malignant peripheral nerve sheath tumour, or undifferentiated pleomorphic sarcoma were randomised to receive either 3 cycles of the neoadjuvant standard regimen or the histology-tailored regimen.

Percentage changes in LTD were found by evaluating these levels at baseline and after 3 cycles of treatment with either regimen before surgery. Investigators evaluated OS in both groups post-surgery through the use of Kaplan-Meier estimates and log-rank tests. Then, they looked for cutoffs that would be allow them to determine prognosis with either an increase or reduction in LTD by applying a proposed change-point method.

Further results from an unplanned analysis within the study were also reported. For this effort, investigators applied cut-point methodology to establish non-significant optimal cutoffs with regard to tumour reduction (20%, P = .14), as well as progression (25%, P = .47). Although the investigators were able to demonstrate a reasonable survival pattern through these cutoffs, a validation study of the proposed cutoffs is necessary in order to thoroughly evaluate them.

“In our study, RECIST V. 1.1 and any [percent] reduction in LTD of patients treated with neoadjuvant chemotherapy for localised high-risk STS correlated with the outcome,” the investigators wrote. “A [percent]variation cutoff both in increase and decrease in LTD able to predict the outcome could be identified only for the whole patients population. ”