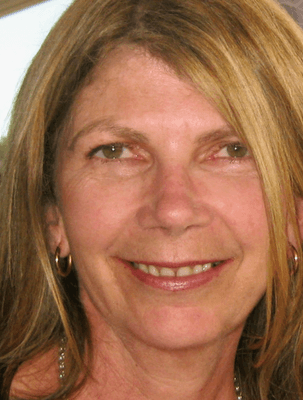 Walkley Award winning ABC journalist and producer, Lesley Robinson has worked in current affairs for more than fifteen years, working for the ABC Foreign Correspondent, ABC News and Australia Television, before joining the 7.30 Report.  This year Lesley put yet another jewel in the crown at the ABC by adding her highly successful style of journalism to the Four Corners team.

Lesley lovingly and respectfully produced Cooper’s story which was aired on the 7.30 Report on January 15 this year, and had spent an enormous amount of time with him filming him for the proposed story.  Cooper had so much time for Lesley.  He saw her as a serious journalist, and one who could reliably portray the perils of a sarcoma patient, but he also saw her as a very genuine and kind woman, and a devoted mother – someone he could trust.  Coop was happy to have Lesley and her crew to film him doing what he loved over a period of many months.

Lesley became very close to Coop, and understood him well.  He in return, forged a strong bond with her, and allowed her to see the raw reality behind the diagnosis, something he did not do with many.  Lesley became very special to Coop and to our family over the months prior to his passing, and afterwards.

Three weeks ago, I was alerted by a third party, to the distressing fact, the precious, and largely unseen footage of Cooper had gone missing.

This footage bore the closing months of Cooper’s life, at a time when he was still happy, upbeat, and hell-bent on conquering his condition.  We were not yet to the point where our family were able to watch this footage, however we were comforted by the fact the ABC had made the decision to give it to us, when they were under no legal obligation to do so.

After the year that has been for our family, this was indeed the final straw.  The past three weeks have been simply heart breaking, as we exhausted all avenues in an attempt to locate these files, and in doing so, being met by obstacle after obstacle. It did feel at times like the most bitter of blows after losing Coop.  There were days where it felt very hard to breath as we contemplated the extent and gravity of this situation.

As Coop declined, we would never allow any cameras, ours or others, around him.  He despised his decline, and it was not something that we felt, should ever be captured.  The footage taken just weeks prior to this however, showed a very different young man, facing his challenges in the same fashion as he had for eighteen long months.

Last night, out of sheer desperation, I contacted Lesley, who I had not wanted to bother with this issue.  As a producer, Lesley is not expected to keep rushes (raw footage) whilst filming a story, so I felt it may cause her angst to be made aware of the situation.  She responded in a very timely manner to tell me she felt there may be hope, as she often keeps copies of ‘important or precious’ footage.  At 6.53 last night I received a message from Lesley saying she had the files.

There are simply no words that can express the extent and depth of our gratitude to Lesley.