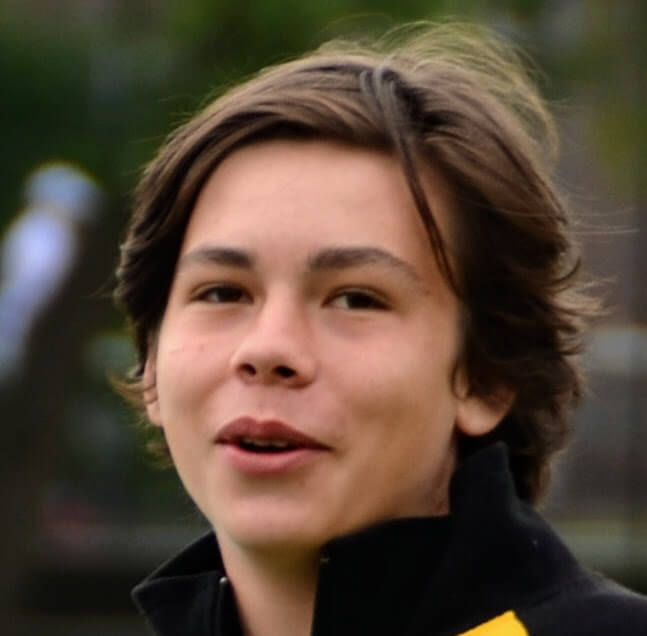 From the moment I woke this morning, one of my favourite images of Cooper was present in my mind.  The photo portrays a blissfully happy 16 year old with not a care in the world, doing what he loved the most – playing cricket and being with his team mates.

The camera had caught him turning from a team huddle, and unbeknownst to him, he was looking straight down the lens.   He had no opportunity for his hallmark grimaces, threats, screwing up of nose and face, and occasional ‘blue’ word that were forthcoming when he was asked to pose for a shot.  The finished result was a photo our family  will cherish forever.

The innocence, and true simplicity of that shot, was lost on me at the time – I just knew I loved the photo.

How could we have ever predicted the immense significance of this photo?

Less than four months after this photo was taken, Coop’s life changed irreversibly, and his normal teenage existence, became a living nightmare, filled with angst, and pain no-one could possibly understand.  Life for Coop became a daily struggle, whilst he was forced to contemplate his mortality.  He had just turned 17, and the life he had carefully planned, was turned upside down – never to be the same again.

Four years later almost to the month, and the 24th August is again upon us – the day when Coop left our sides forever.  The day when life changed irreversibly for each of us.  The significance of treasured memories like this photo are magnified with the emotion of the day.

The void Coop has left in our lives simply cannot be articulated.  The dull aching pain that will never leave.  The silent tears.  Our hearts broken forever.  Life in a highly altered state. Time does not heal – instead it serves to remind that with each passing day, it is yet another day since we held our precious son/brother – forced to say goodbye far too soon.

We long to turn back the hands of time, but know this is not to be.

Today is a day when we are reminded of what was, and sadly, what should have been.

The photo is a precious reminder of a time which although we couldn’t see it at the time – was so close to perfect.  A time when our boy’s lives were about to take flight.  When the world was at their feet, and like all parents, we could not wait to see where life would take them.