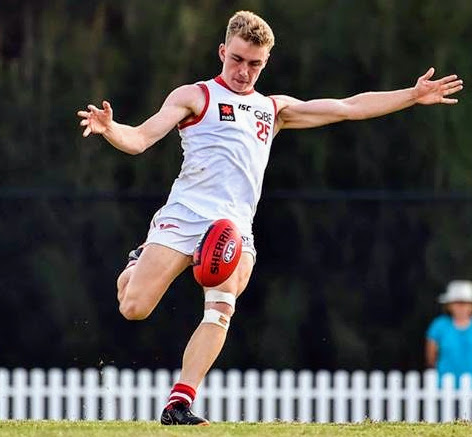 In late 2015, a very excited Cooper, returned home from school one day to let us know he had found the ‘an AFL rising star ‘ at Sydney Grammar School.  He could hardly contain his excitement, nor could he find the superlatives he needed to describe this young talent, he had discovered at a school athletics carnival.  The young man in question was Lachie Swaney, who fast became a very dear friend to Cooper until his passing in 2017, always bringing joy to his life when he needed it most.

“I am very happy to be coming on board as an ambassador as Cooper was a close friend of mine through the time we spent together through sport both inside and outside of school. He also was a major influence on my football as a self-proclaimed guru, providing endless support, making it a very easy decision when Tania asked me as I hope to work with the foundation to ensure that Cooper’s legacy lives on through continual research of Sarcoma.”