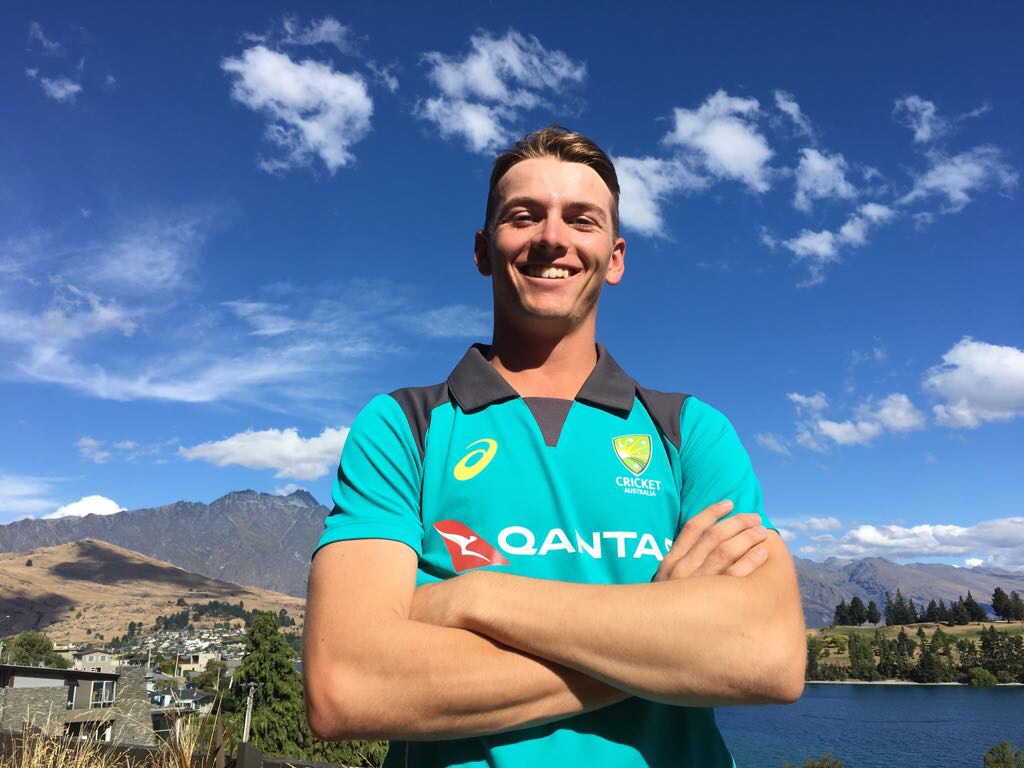 Baxter Holt, is a young man who attended The Kings School, Sydney, who has been on the fringe of our life for many years.  He and Cooper, had trialled side by side for representative cricket selection for many years, and had faced one another on the field on many occasions, throughout the Sydney GPS cricket competition.  Coop’s big brother Mitch had also played against Baxter in the GPS competition.

But it was not just Baxter’s  outstanding achievements on the cricket field that resonated with Cooper, it was his thoughtfulness, and his unsolicited kindness.

Baxter took the time to write to Coop, when he was at his lowest ebb, after their school teams met on the field in the latter part of 2016. Cooper was struggling at this stage, as his cancer had metastasised to his right femur, and the pain of bowling was immense.  He was however, hell-bent, on ensuring no-one outside the family knew.  Baxter had no idea how serious Cooper’s condition was at the time, nor would he have known how much his words beautifully chosen words, meant to Coop, when he was so desperately in need of that random act of kindness.

Baxter has remained close to our family, and we are honoured to have him join us as Youth Ambassador for the Cooper Rice-Brading Foundation.