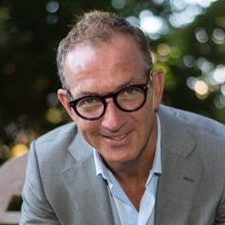 During his career he has also had senior involvement in graduate and intern recruitment programs, mentoring roles and actively participated in community and charitable giving initiatives.

Paul holds a Masters of Applied Finance from Macquarie University and is a Graduate of the Australian Institute of Company Directors.

“I was honoured to join the CRBF Board to help realise Cooper’s  vision of changing the current trajectory of sarcoma. Setting that seemingly Herculean goal was typical of a lad who was raised to relished a challenge, involved those about him, and pursued a sense of justice, despite knowing those efforts were only likely to benefit others. That sense of mateship, good humour and selflessness were the pillars of friendship between Coops and one of his great sporting allies and adversaries; my nephew Matt Jones.
I am proud to be part of pursuing Cooper’s mission in his absence, on behalf of his dear friend, my nephew Matthew,  and in the shared hope of preventing others from ever walking in such pernicious footsteps. “