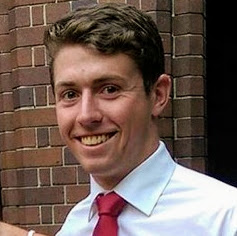 My story is a lucky one. At the end of 2016, I had just turned twenty and life couldn’t have been much better. I’d just come off the best cricket season of my life, was loving my studies at University and was having a lot of fun in between it all.

After an unfortunate run of injuries in my back, ankle and left knee during the 2016/17 season, I ended up in Martyr Hospital on the 1st of February 2017 to finally get the all clear from my surgeon and get back to training.  I had experienced some persistent pain in my right quad during the recovery period, but that was largely expected due to compensating for my injured knee. However, after a routine MRI, I was shortly back in his office, where he informed me that I had a tumour in the bottom of my right femur. I sat there alone, in shock, for what seemed like an eternity. Twenty-year-olds aren’t supposed to think about cancer. They’re not supposed to think about how they’re going to tell their family and friends. Fortunately for me, they had caught it fairly early. I had a diligent doctor, and I was in the right place at the right time. I was lucky.

For the majority of 2017, I was in hospital undergoing chemotherapy, as well as having my entire knee and 20 centimetres of my femur bone replaced with titanium. The chemotherapy treatment for sarcoma is among the harshest and most brutal of the treatment for any cancer, and it is incredibly difficult for both patients and their families. I stopped recognising myself in the mirror. A hairless skeleton, twenty-five kilos lighter, stood where I was supposed to. But I knew I had a light at the end of the tunnel – the cancer was responding to the treatment, and everything went to plan. I was lucky.

I finished treatment for osteosarcoma in my right femur on the 1st September 2017. To be perfectly honest, I have tried my hardest to forget the entire experience since then and focussed on rebuilding a life. It has not been something I have ever really wanted to talk about or acknowledge, because I never wanted to be known as ‘the guy who had cancer’. Anyone going through this treatment has only one wish; to feel normal again. However, it has dawned on me that I have a unique opportunity to make some good of a scarring experience. I am all too familiar with the devastating process of diagnosis and treatment for this disease. Ironically, these experiences provide me a chance to give a voice to the patients and their families who are currently going through, or will go through, what my family and I went through last year. Tania and the rest of the Foundation have been incredibly accommodating to afford me this chance, and I am so grateful and excited to be able to help fight this horrific disease and continue Cooper’s vision.

Whilst I was unfortunate to never meet Cooper, we ironically had a lot in common. Like Cooper, I was treated at the Chris O’Brien Lifehouse, undergoing the same rigorous chemotherapy rotation throughout last year. We also shared a strong passion for sport, with a mutual love of cricket. By all appearances, we were young, fit and healthy until we were diagnosed with sarcoma. Sadly, this is a disease that does not discriminate; we were both active and young people before our respective diagnoses and we are unfortunately not anomalies. You do not have to look sick to have sarcoma, which is why so many patients are misdiagnosed for so long, until it is tragically sometimes too late. It seems there is a lingering assumption that you have to look markedly unwell to have cancer, which is one of the reasons that doctors don’t run further tests.

When I was diagnosed, I had never heard of sarcoma before, yet 1 in 5 childhood or adolescent cancers is a sarcoma. The treatment for this horrific disease has not markedly improved in decades, and half of those diagnosed will not survive. This devastatingly low survival rate means that sarcoma does not have a real voice to push for funding. So many patients are young and anonymous and cannot establish the ‘celebrity’ platform that exists for cancers such as breast cancer. Thanks to Cooper’s incredibly brave efforts and the remarkable support of his family, we now have that chance to increase awareness and accelerate the pursuit of a cure.