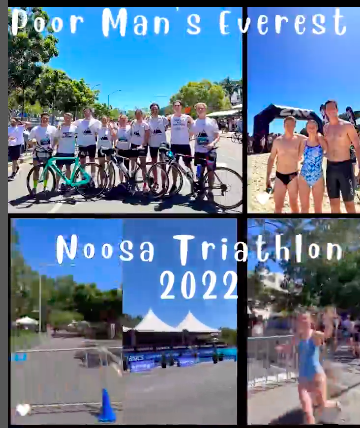 Today, a team of remarkable young men and women, completed the gruelling Noosa Triathlon in honour of their dear friend Jack Gobson raising well over a staggering $27,000 (and rising) for sarcoma patient support in Australia.

When the team first set out – their target was a very respectable $5000 or alternatively 200 donations which today stands at 230 averaging at $120 per donation.

This month, this team have funded the following:

Travel expenses of a patient travelling to and from treatment ($6150)
Subsidising medicare gap payments – ($1950)
Fertility procedures and egg preservation – ( $8500)
A mobile phone and plan for 12 months for a young patient forced to spend weeks in hospital without connection to his friends and family- ( $2341)
Grocery and petrol cards for a sarcoma family struggling to make ends meet ($700)
Clinical supervision for the Fergus McCulla Psychological Support Programme ($1600)
Leaving a surplus of $5700 to be directed to patients and families in November.

How do we even come close to thanking this outstanding group of young friends competing in honour of a young man we all hold in the highest regard?