On the 4th of January 2017 after recently returning from three weeks backpacking through Vietnam we finally went and got an MRI on a 5 month persistent pain in my knee. 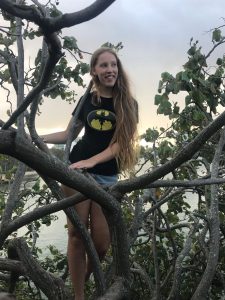 No one suspected cancer at this point but in the midst of moving house – very inconvenient timing as it always is – we were called into one of those dreadful doctors appointments that you never expect to be involved in. From there it was a whirlwind of scans, biopsy’s and tests. All to come to the conclusion that I had a 25cm osteosarcoma extending from my knee up my right femur.

After receiving this news my final act of defiance before the cancer journey took over was to cut off my metre long golden blonde hair and donate it to Hair with Heart Foundation, to be made into wigs for children.

After three months of poison had coursed through my veins, I endured six hours in a coma-like sleep on an ice-cold table. But unlike the fairy tales I didn’t wake to a handsome prince but instead to metal from my hip to my shin and a metre-long scar that shows the damage all over my skin. But that was only the beginning. Learning to walk again as a 15 year old while they continued to pump poison through my veins was truly the hardest challenge I had to overcome. 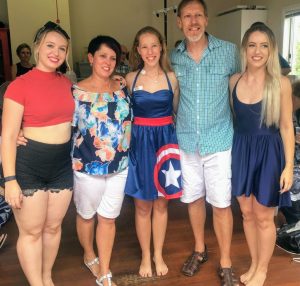 Though my journey was hard I did overcome the struggle and made it to the other side. But the questions that come are what now? Where do I go? How do I move on? Cancer takes up your whole life, getting better became the only thing that really mattered and once that’s gone you almost feel like your adrift. You have to in a sense step back into life and that’s a really scary and difficult concept. For me I had to find a way to step into my final year at high school and all the highs and lows that come with it.

Something many may find surprising is that although I became highly dependent on my parents last year my maturity level had to go up and I have found myself now on a very different level to my friends. Because of this my relationships with friends has had to change. I know and have accepted that no matter how much my friends sympathise with me they will never know the true extent and difficulty of my past year. 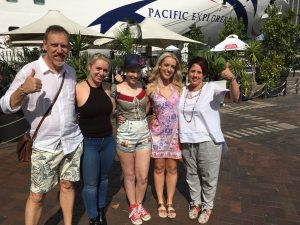 This I going to sound very cliché but the truth is cancer changed my life. Before it I felt like I was on a right and good path one that I was very happy to be on and cancer went and threw it all out the window. During treatment you don’t have the capacity to rethink who you are, and after it feels like a ridiculous and impossible task. I would like to pull out a quote from Disney’s movie Brave, “Some say fate is beyond our command, but I know better our destiny is within us you just have to be brave enough to see it.”

Cancer became part of my destiny I have embraced that but now I have to look to see where the next chapter of my life will go. Perhaps it will take me down the path of studying at Oxford University; or becoming a para-Olympic rower or maybe neither of those options.

I mean I’m only sixteen so I think I’ve got a bit of time to figure things out...

January 4th, 2017 is a day we will never forget. It is now etched in our souls as the day our lives changed....forever.  It was meant to be day one of a new future and a new home for our family.  It became day one of a completely unexpected and devastating cancer diagnosis for our 16 year old daughter.  A week later it was confirmed that Imogen had Osteosarcoma, a very large tumour in her right femur extending upwards from her knee. 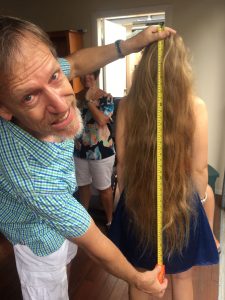 To say we were in shock and devastated is an understatement.  It all happens so quickly.  Once that cancer ball starts rolling there is no time to think, or process.  There is no time to understand or research.  You jump to scary conclusions that could soon be your new reality and NO ONE seems able to say to you the words you so desperately need to hear....that your beloved daughter is going to survive this horrific disease. And through it all you somehow remain 'together' enough to support and reassure your daughter, your family, your friends.

We knew absolutely nothing about osteosarcoma or any sarcomas.  The learning curve was steep and we were terrified.  All of a sudden you are having to make decisions about your daughter's future that you're not sure you are equipped to make.

It's a tumultuous and rocky road.....and it's lonely beyond description.

We are beyond grateful that Imogen is now in remission but the cancer journey still weighs heavy on our hearts.  In 2017 we lived one decision, one day, one treatment at a time.  In 2018 we live one three monthly scan at a time.

Whether we like it or not Sarcoma is now part of our family's story.

There are years of waiting, watching, wondering and scanning ahead. We live daily holding hope and fear in the same breath.  And we continue to live one day at a time.

A snapshot in the life of Imogen Atkins...